Professor Balls studied zoology at Oxford University. He conducted research for a DPhil from Oxford at the University of Geneva Switzerland between 1961 and 1964. After post-doctoral research at the University of California, Berkeley, CA, and at Reed College, Portland, OR, from 1964 to 1966, he lectured in the School of Biological Sciences at the University of East Anglia. In 1975, he moved to the University of Nottingham Medical School as a senior lecturer in the Department of Human Morphology. Professor Balls became Reader in Medical Cell Biology in 1985 and was promoted to Professor of Medical Cell Biology in 1990. Since 1995, he has been an Emeritus Professor at Nottingham. He was a Trustee of Fund for the Replacement of Animals in Medical Experiments (FRAME) from 1979 until 2013, becoming editor of Alternatives to Laboratory Animals (ATLA) in 1983. Professor Balls was an adviser to the British government during the drafting and passage of the Animals (Scientific Procedures) Act 1986 and, from 1987–1995, was a founder member of the Animal Procedures Committee (which advises the Home Secretary on all matters related to animal experimentation). In 1993, he became the first Head of the European Centre for the Validation of Alternative Methods, retiring from this position in 2002.

Professor Balls has won a number of awards related to his work for animals in laboratories.

Bio to be updated

Permanent Representation of Portugal to the EU 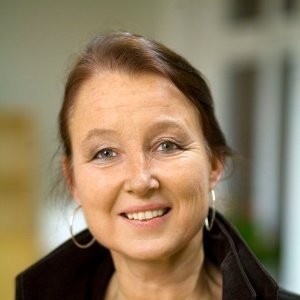 Katy joined Cruelty Free International in 2006. She leads our science team and represents us at international regulatory fora including the OECD, the European Medicines Agency and the European Chemicals Agency. She has a degree in Zoology from the University of Sheffield and a PhD in veterinary behavioural epidemiology from De Montfort University. An animal welfare scientist by training and personally dedicated to animal protection, Katy is now one of Europe’s foremost experts on animal testing issues and alternatives.

Director of Science and Regulatory Affairs

Michelle joined Cruelty Free International in 1999 and has overseen the implementation of the organisation’s most ambitious and innovative strategies for creating positive change for animals in laboratories. She spearheaded the organisation’s historic decade-long campaign to successfully end cosmetics testing on animals in Europe.

Michelle is known for her dynamic, passionate, innovative and determined approach to ending animal testing, and is one of the most respected and accomplished individuals in the animal protection movement.

Consultant and Former Member of the Flemish Parliament and Belgian Senator

Maria Spyraki is the awarded MEP of the year 2019 for Industry, Research,and Innovation. She is now serving in her second mandate in the EuropeanParliament as member of the Committees on Industry, Research, andEnergy (ITRE), on Regional Development (REGI) and the Environment(ENVI). Ms Spyraki is co-chair of the Intergroup on Climate change,biodiversity and sustainable developmentand rapporteur at theRenovation Wave for ENVI committee.She has worked for 22 years as a journalist in her home country Greece.Also, she was a member of the Press Office of the European Parliament inAthens from 2003 to 2004, as well as the office of Greek Commissioner tothe EU, Mr Stavros Dimas, for the period 2004-2009.Maria Spyraki has served as the Spokesperson of Nea Demokratia and asan elected member of the Nea Demokratia Executive Board. Her first degree is in Chemistry and she also has an MSc in Energy Law,Business, Regulation and Policy from International Hellenic University.

John Howarth is Director of the think tank Politics Without Borders. Until the UK’s exit from the EU he was MEP for South East England, serving on BUDG, IMCO and REGI. Prior to becoming an MEP, John served on local and regional authorities in the UK, specialising in transport infrastructure and planning policy. Outside politics he was a businessman with interests in technology, design and business communications.

Elisabet Berggren is Deputy Head of Unit of the Chemicals Safety & Alternative Methods Unit at the JRC (European Commission), which is hosting the European Reference Laboratory for Alternatives to Animal Testing (EURL ECVAM). She is involved in activities related to evaluation and development of non-animal methodologies in the context of regulatory toxicology, as well as promotion of non-animal methods for a robust scientific progress and integration of new approaches in education.

Elisabet started to work for the European Commission in 1996, and she was responsible for the Technical Committee of Classification and Labelling of Dangerous Chemicals at the European Chemicals Bureau during many years. She was involved in the negotiations of the Globally Harmonised System of classification and labelling, as well as she contributed to the negotiations of the Rotterdam Convention and the EU regulatory implementations of both.

Elisabet made her PhD in physical chemistry at Stockholm’s University in 1991. In her academic career she primarily focussed on the development of theoretical dynamic models for liquid crystals and biological relevant systems.

David Thomas is a lawyer. He has for many years been legal consultant to Cruelty Free International and has acted for most of the leading animal protection organisations in the UK and further afield, specialising in using the law to advance campaigning objectives. He recently co-founded Advocate for Animals, the UK’s first animal protection law firm. He was formerly a civil litigation partner in a West End firm and then legal officer to a family poverty charity. He is experienced in EU and international law and has taken many test cases against public bodies. He is a consultant to a leading human rights law firm.
David also sits as a part-time judge.

Luísa Bastos is the animals in science programme leader at Eurogroup for Animals since September 2017. Previously, she was an Assistant Researcher at the Institute of Research and Innovation for Healthcare, and was an Invited Assistant Professor at the Faculty of Engineering of the University of Porto, where she investigated the impact of animal and animal-free research on healthcare. She holds a doctorate degree in Biomedical Engineering and is specialised in mathematical modelling of human physiology and pharmacology for healthcare education and training. Currently, she coordinates a working group of 24 animal protection organisations advocating for scientific policies that can promote an ambitious implementation of the 3Rs all over Europe, with the goal of fully replacing the use of animals in education, testing, and research.

Head of the Animals in Science Programme

Director of Projects at ERRIN, with over 12 years’ experience in the field of research and innovation funding, Ryan is currently leading the Communication & Dissemination Work Packages for two large scale Horizon2020 projects. In addition, he is responsible for the overall coordination of all projects ERRIN is currently participating in. Ryan also sits on the ERRIN Management team and is tasked with ensuring the results of ERRIN’s EU projects are picked up by the relevant Working Groups and regional partners within the network.

Tanja joined the Transition Program for Innovative Animal-Free Research (TPI) as program manager in January. TPI is a policy program initiated by the Dutch Minister of Agriculture, Nature and Food Quality, Ms Carola Schouten in 2018. The ambition of TPI is to accelerate the transition towards innovative animal-free research. TPI works in close cooperation with a wide range of partners from government organizations, academia, industry and NGO’s.

Tanja has almost 20 years of experience in public policy. Her areas of expertise include international government relations and participatory and inclusive policymaking.

Dani joined Aston Chemicals in 2001 following an MA in Biochemistry and a PhD in the Molecular Genetics of Cystic Fibrosis from the University of Oxford, and having worked in Healthcare Consumer Research for Procter & Gamble. She is involved in all aspects of chemical distribution – Supply Chain, Sales, R&D, HR, Finance and Compliance. Over the past 40 years the Aston Chemicals team have worked with a wide range of cosmetic manufacturers, and seen the changing perception of animal testing in cosmetics among brands, manufacturers and consumers. Aston Chemicals has worked extensively with regulations affecting the EU Personal Care industries, from the Cosmetics Directive to the Cosmetics Regulation and REACH. We also work with many brands and their specific animal testing policies and accreditation bodies, and are now preparing for the challenges that UK REACH is likely to bring.

At the European Parliament, Ms. Pietikäinen is a member of the Economic and Monetary Affairs Committee and the Women’s Right and Gender Equality Committee as well as of a substitute member of the Environment, Public Health and Food Safety Committee and the coming committee of inquiry on animal transport. Currently, she is the Honorary President of the Animal Welfare Intergroup of the European Parliament, after having chaired the group during years 2016-2019. Due to her commitment to the cause, she has won the “MEP award” in the category animal welfare, in 2015.

Tilly Metz is a Luxembourgish Member for the Greens/EFA group of the European Parliament since July 2018, where she is on the ENVI, TRAN and AGRI committees. In addition, Tilly will be a full member of the European Parliament’s inquiry committee on animal transport. In ENVI, her focus has been on health-related issues: she represented the Greens in the discussions around the implementation of the cross-border healthcare directive and is active in the field of rare diseases. In 2019, she received the “EU for animals” award for her commitment for animal rights and protection. Today, she is vice-Chair of the Animal Welfare Intergroup of the European Parliament and spokesperson for the Intergroup on the topic of animals used in science.

Warren Casey, Ph.D., DABT, is acting Chief of the U.S. National Toxicology Program’s Biomolecular Screening Branch, National Institutes of Environmental Health Sciences (NIEHS) and Executive Director of the US Interagency Coordinating Committee on the Validation of Alternative Methods (ICCVAM), previously serving as Director of National Toxicology Program Interagency Center for the Evaluation of Alternative Toxicological Methods (NICEATM). These groups work together to facilitate the development, validation, regulatory acceptance, and industry adoption of non-animal test methods. Prior to joining NIEHS Dr. Casey worked at GlaxoSmithKline for 15 years in a variety of roles, including: Manager of Pharmaceutical Microbiology, Head of In Vitro Biomarker Development, and Manager of Discovery and Investigative Toxicology. Dr. Casey received his undergraduate degree in biochemistry and his PhD in microbiology from North Carolina State University (NCSU), where he and also holds an adjunct professorship and has been named a Distinguished Alumnus is both the Department of Microbiology and College of Agriculture and Life Sciences. He has been a Diplomate of the American Board of Toxicology (DABT) since 2007, co-chairs the OECD Validation Management Group – Non-Animal (2015-present), is past President of the SOT In Vitro and Alternative Methods specialty section and received the 2016 Society of Toxicology Animal Welfare Award.

More speakers to be announced shortly.